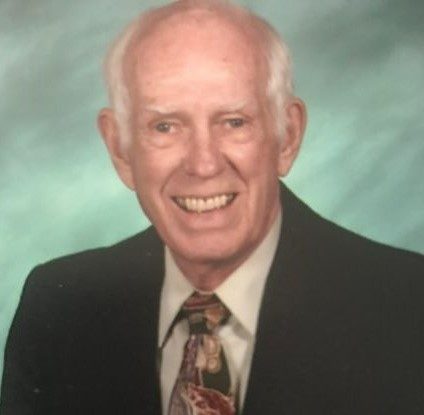 He was born October 31, 1927, in Chicago, Illinois, to Elmer F. and Selma (Hill) Seagren. After high school, he was drafted into the United States Navy where he served in the South Pacific on a troop transport ship.

Dan met Barbara Anne Johnson of Muskegon, Michigan, at Portage Lake Bible Camp in Michigan. They were married in 1959.

He served Covenant churches in Michigan, Minnesota, and California, as well as in Sweden and Mexico. He was also chaplain for 10 years at Covenant Living at the Samarkand in Santa Barbara, California, and taught for seven years at Azusa College (now Azusa Pacific University) and North Park College (University).

Dan was instrumental in the creation of the Alpine Covenant Conference Center in the Southern California mountains where he was affectionately known as Mr. Alpine. He wrote 16 books on a series of subjects related to his varied ministries. He retired in 1995 after 42 years in ministry.

He is survived by his wife, Barbara; two children, Laurie (Gary) Holmquist and Scott (Edel); and two grandchildren.

A memorial service will be held September 19 at Covenant Living of the Great Lakes in Grand Rapids. A private interment is scheduled at the Fort Snelling National Cemetery in Minneapolis, Minnesota.